Back to Your Regularly Scheduled Posting

I have been cooking a lot lately but nothing really "blog-worthy." Tonight's dinner will remedy that: Chicken "tagine" with lemon and olives, couscous pilaf with dried apricots and toasted almonds, beet salad with lemon vinaigrette, and, according to Cook's Illustrated "The Best Chocolate Bundt Cake."

Of course I didn't take any pictures while I was making the cake but I'll try to take some before we devour it. Ditto on the salad. Although I'm doubtful it will be gobbled up. Beets are an iffy selection for entertaining. People are very black and white about them - you either love them or hate them. But the salad is pretty so I'll snap a few pics.

The "tagine" and couscous are another story. I'll try to take pictures while making them but I'm also multi-tasking and hosting a playdate for the kiddo and a friend today so I'm not making any promises. Once they're cooked it's way easier to photograph them. The dishes that is, not the 5 year olds.

The chocolate cake smells divine as it bakes right now - hopefully it will taste half as good. Recipes and pictures to come, promise. 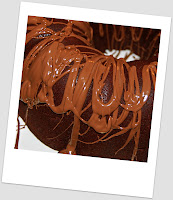 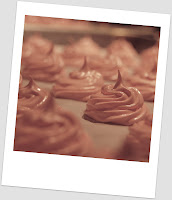 I am very fortunate to have a child who is not only a great eater and who doesn't have any food allergies. Well, unless you count fish. It's not an allergy per se but a deep and utter HATRED of all things from the sea other than canned tuna (mercury be damned), fried calamari or New England clam chowder. Let's not discuss that she used to gobble up my soy glazed salmon until one day she realized it was salmon and "not chicken!!!!????" and proceeded to spit it out, despite having eaten most of her portion that evening and at countless dinners in the past.

Where was I? Allergies. Right.

Now that I have a school-aged child I have been introduced to the confusing world of childhood food allergies. In 2 1/2 years of school we have encountered allergies to: peanuts, tree nuts, wheat, gluten, dairy, eggs, shellfish, pineapple, strawberries and a few I am probably forgetting. I really feel for parents who have to confront these issues and fear for their child's health on a daily basis. I couldn't imagine...

The reason I bring up the allergies is that I had originally planned on making heart shaped cut outs and icing them in varying shades of red and pink for a kindergarten Valentine's Day party (recipe). But I then discovered a student in our class had both a wheat and dairy allergy. So I decided to come up with a treat he and everyone else could have at the party since someone else was supplying cupcakes (which he wouldn't be able to eat).

Fortunately I was with my friend Sarah (a walking font of culinary knowledge) when I found out about the allergies. What on earth could I make? "Simple," said Sarah. "You can make meringues." Freakin' brilliant. A quick e-mail to the child's mother revealed that eggs were indeed OK and pink meringue cookies were on the agenda.

I usually bake meringues a few times a year. Every time I make them I'm reminded of how unbelievably simple they are to make. Plus, they're fat free. And, they're great for Passover because they contain no dairy (no worries about kosher dietary rules) and no flour. They also pair really well with lemon curd (a great use for the yolks since this recipe calls only for egg whites). That of course negates the whole fat free and kosher thing due to the addition of copious amounts of butter. But that's another blog entry. Why get ahead of myself?

If you can, avoid making meringues on damp and rainy days. The moisture in the air will be absorbed by the sugar and it will effect the consistency of the end result.

Confronting Your Fears or Baking with Yeast (a recipe for Jennifer) 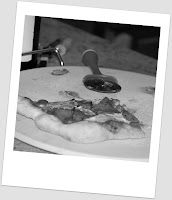 I fancy myself a good cook and baker. But for years I was terrified of yeast. I don't know why, really. It's hardly all that frightening. You can get it in teeny envelopes in the grocery store - how scary is that? Yet, for some inexplicable reason, I never baked anything that called for yeast.

Then I went to culinary school.

The first time I made my own brioche was a revelation. Yeast was amazing. Magical. POWERFUL. And, frankly, not all that scary. Melissa: 1, Yeast: 0.

I went on a yeast-fest: homemade cinnamon buns, bagels, pretzels, pizza dough. Then I had a baby.

Fast-forward three years later and I'm up to my eyeballs in dough, sesame seeds, poppy seeds and boiling water with baking soda making bagels with a bunch of pre-schoolers. It was the most fun I'd had in years.

Apparently many people share my former fear. NPR recently published a piece on it with some interesting recipes - http://www.npr.org/templates/story/story.php?storyId=100164536&ft=1&f=1053 - and an old friend from high school just admitted her fear, too.

Here's an easy recipe that will banish that fear in a few hours. Once you eat homemade pizza made with crust formed by your own hands you'll never go back to Boboli or Pillsbury again.

Go lighter on the toppings and cheese than you think you'll need. Too much and the pizza will be weighed down. You'll wind up with soggy pizza that's hard to move. And no one likes a soggy pizza.
Posted by Melissa at 2/11/2009 09:34:00 AM 1 comment: Links to this post

On Cold Days, Being Sick and Hot Soup 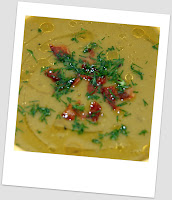 If you're my friend on Facebook or "follow" me on twitter you'll know I have been sick a lot this winter. Sick more than I care to mention. Really sick. And I have to say, I'm quite sick of being sick.

It has also been damn cold this winter. I know I really shouldn't complain (but if you know me in real life you know I'm a champion complainer). My mystery illness paired with bad weather are hardly great calamities in the grand scheme of things. And, I managed to make lemonade with the lemons I was given. How unlike me.

Super Easy Peas Soup with Bacon (sorry Mom!)
Yields approximately 2 quarts of soup (that's 8 cups for those of you not so quick on the cooking math)

4 slices bacon, chopped
2 leeks, mostly whites, cleaned and roughly chopped (you can just double up on the onions if you don't have any leeks - I just had a few in the fridge the first time I made this and now I love them in most vegetable based soups)
1 medium onion, peeled and roughly chopped
1-2 cloves garlic, peeled and roughly chopped
1 celery stalk, cleaned and roughly chopped (noticing a trend?)
1 large carrot or 4-5 "baby" carrots, yes, roughly chopped (it's all being pureed later so no need for nice even pieces, approximately the same size is just fine for all the "roughly chopped" items - that's why I love making pureed soups)
1 bay leaf
a few sprigs of fresh dill (tied together with kitchen twine - dental floss will do just make sure it isn't waxed or mint flavored. While mint and fresh peas go very nicely together split peas and fake mint "flavoring" do not. Take my word on this. Ordinarily I wouldn't bother tying it but some people (by some people I mean 5 year old daughters) don't like dill floating around in their soup)
2 cups dried split peas (sort through to remove any small pebbles or other foreign objects)
7 cups water (or unsalted chicken or vegetable stock or a mixture of any of these liquids)
Salt and freshly ground pepper to taste

Serve with some crusty bread, good cheese and a mixed green salad. That's optional but it's what I do. And don't you want to do what I do?

You can't mess this soup up. I promise. No celery? Leave it out. Don't like dill? Leave it out. Basically you need some aromatics (onions and garlic are must-haves), salt, pepper, split peas and some sort of liquid. My 5 year old could make this if I let her use the stove by herself. Now - everybody into the kitchen and make some soup. 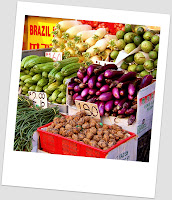 Hi my pretties, it's been a while.

I could bore you with how sick I've been (cough, cough for emphasis). I could tell you about all of my kitchen failures (Gourmet magazine I'm talking to YOU!). Or I could just fess up and tell the truth - my heart hasn't been in it lately so I haven't been blogging.

But, I have a whole bunch of posts saved up.

Tune in for Staples (no, not office supplies - things you should always have in your pantry), Parmesan Pull-Aparts (a big fat FAIL - imagine me wagging my finger at an issue of Gourmet magazine - but they did smell good), Samoa Cookie Bars (a huge success but with room for improvement), and an afternoon in Chinatown.
Posted by Melissa at 2/08/2009 02:50:00 PM 2 comments: Links to this post